Does Lion's Mane Lower Testosterone and Libido? The Truth.

Recently, we had someone reach out to our team with a question regarding lion’s mane and its effects on testosterone and libido.

There is a lot of interest online about lion’s mane and DHT.

Several forums pose the question, including Reddit and Cannabotech.

But what’s less prominent is the science surrounding this question. Many of the forums list personal experiences and anecdotes. And some even reference “facts” that aren’t linked or supported by any research.

Many articles list that lion’s mane has powerful DHT blockers. Our research team cannot find the 'study' referenced. As far as we can tell, the information listed in many forums and blogs is anecdotal.

If you know of the study which lists the compounds responsible for DHT blockage, please contact us today.

But we did find some interesting information which we know think you'll find useful.

In this article, we aim to debunk some of the viral theories surrounding lion’s mane and DHT and libido with science.

Testosterone is known as the most prominent sex steroid hormone for men.

Testosterone is critical for the development of both primary and secondary male reproductive organs and tissue (think: testes, prostate, and reproductive organs) as well as the production of body hair and an increase in bone and muscle mass.

Even though testosterone is considered a predominantly ‘male’ hormone, all sexes benefit from testosterone for general health and wellbeing.

Testosterone signals the body to make new blood cells, ensures that muscles and bones stay strong during and after puberty and enhances libido both in men and women. SOURCE

Testosterone levels can play an important role in how our body functions and feels.

How does our body make testosterone?

The hypothalamus and pituitary glands are predominantly responsible for maintaining the level of testosterone in the body. Testosterone is often converted to another hormone called dihydrotestosterone (DHT).

In women, testosterone is produced by the ovaries and adrenal glands. The majority of testosterone produced in the ovary is converted to the principle female sex hormone, oestradiol.

Here’s a great resource to learn more about testosterone.

What happens when you have low testosterone?

One of the biggest concerns in mushroom forums about lion’s mane is that it reduces the amount of testosterone in the body.

According to Healthline, low testosterone levels can lead to:

As you can imagine, a decrease in testosterone or DHT in the body may not be desirable to many.

The fact is, there simply isn’t enough scientific evidence to say whether or not lion’s mane causes a decrease in testosterone or DHT levels. Until a conclusive study is done, all the evidence listed on sites and forums is anecdotal and not based on scientific evidence. 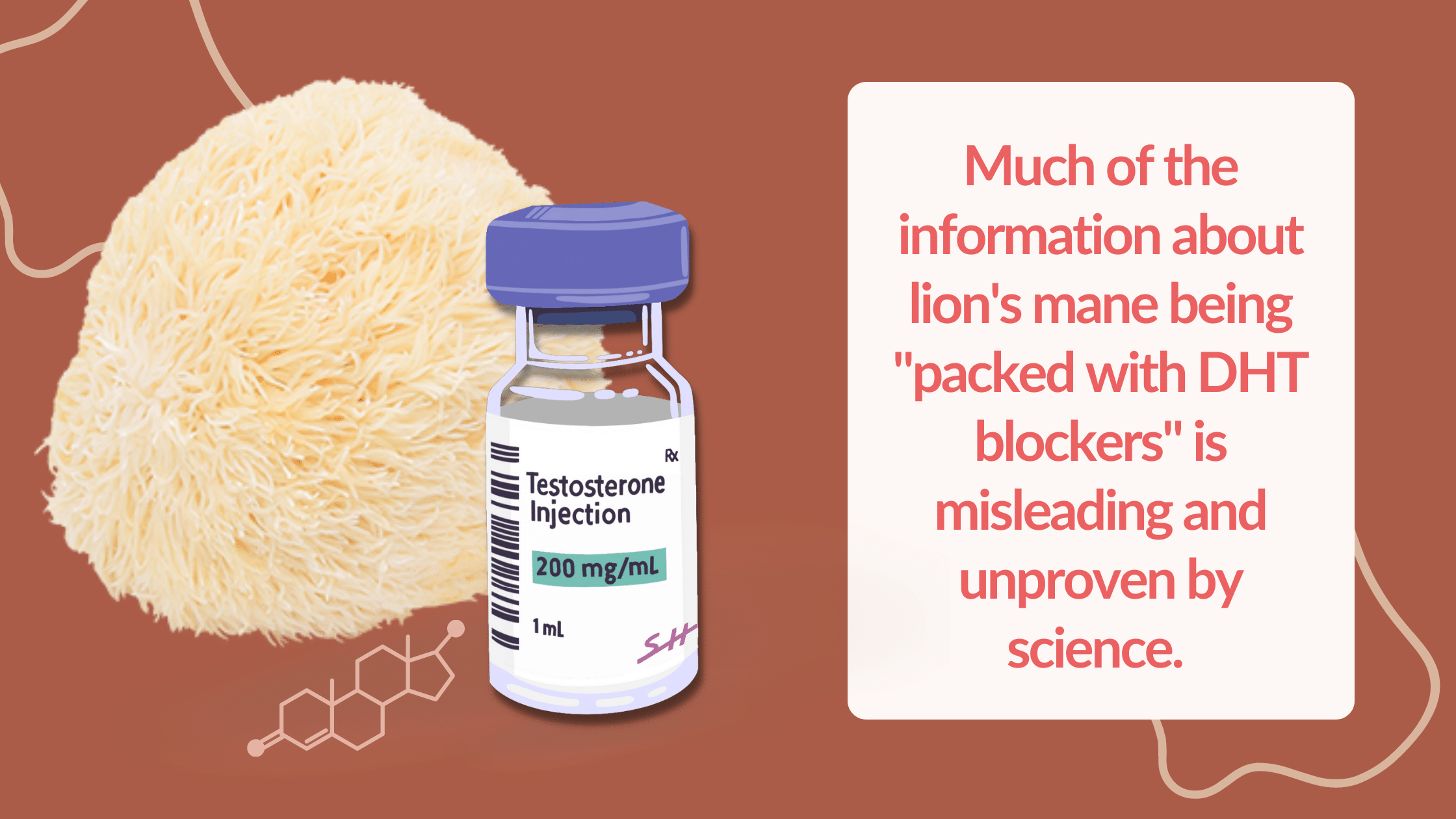 So then why is everyone talking about lion's mane as a DHT blocker?

Why is everyone talking about lion’s mane and DHT levels?

The origin of this tale is hard to track down. We rolled up our sleeves and dug through the archives of Reddit and several popular blog articles.

Many list an elusive study, but none of them link to it.

So, we kept on digging.

As far as we can tell, the origin of the great “Lion’s Mane Ruined My Libido” claim is sensationalized through hearsay and shady anecdotal evidence on Reddit. Now, that doesn’t mean that there may be some truth to it.

But here’s what we dug up:

Most of the DHT and lion’s mane debate appears to originate from this chart ripped from Paul Stamets' book Mycelium Running: How Mushrooms Can Help Save the World and shared on a Reddit thread: 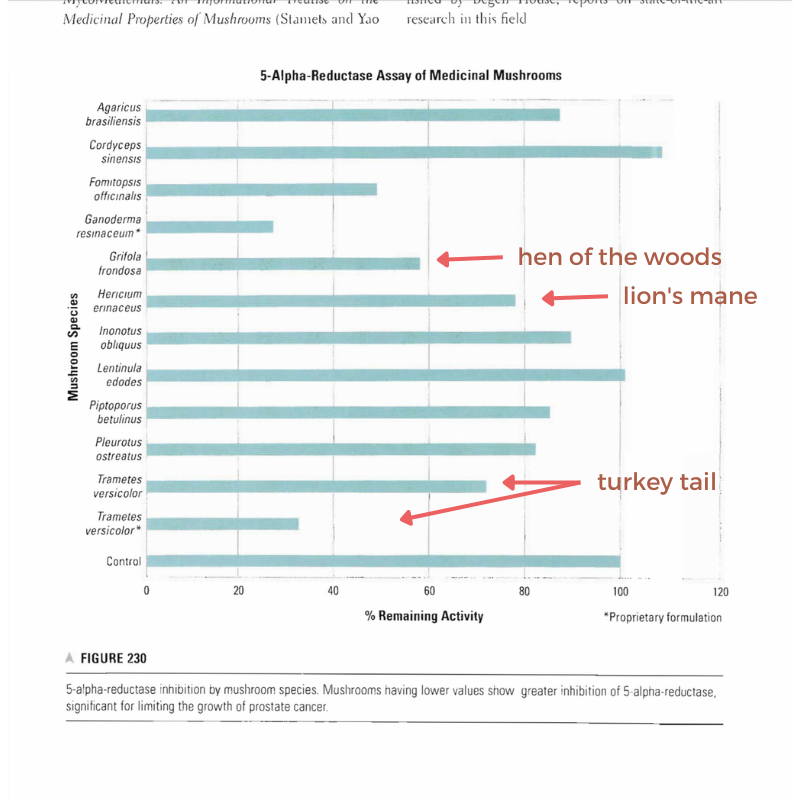 The image shows the 5-alpha-reductase inhibition by popular mushroom species.

How to read the chart: In this graph, mushrooms that have lower values show greater inhibition of 5-alpha-reductase - which is significant for limiting the growth of prostate cancer.

What's interesting to us is that lion’s mane (Hericium erinaceus) reads as higher than some other popular mushroom strains including turkey tail (trametes versicolor) and hen of the woods (grifola frondosa). This means, according to the chart - which already has its limitations - lion’s mane isn’t even the mushroom with the most significant DHT-limiting potential.

Turkey tail and hen of the woods would technically out-rank lion’s mane.

So why is lion’s mane being dragged for lowering libido? Hard to say...

The reishi study which is generating a lot of confusion online

Many threads cite this article because partway down, it lists Hericium ramosum. But the issue here is that Hericum Ramosum isn’t the same mushroom strain as lion’s mane, which is Hericium Erinaceus.

We couldn’t find any scholarly article, review, or scientific study correlating lion’s mane to any known DHT blockers or reduction in testosterone or loss of libido.

So when articles list lion’s mane as a "known DHT blocker", that’s simply not the case, based on what we found.

Lion’s mane is an incredible functional mushroom with a number of potential benefits for both the body and the mind. But a noticeable reduction in testosterone or libido may be enough for some to avoid taking it.

Does the 5-alpha-reductase in lion's mane lower DHT?

Now, let’s take a step back here and review what 5-alpha-reductase actually does. Because we think it’s important to note the difference between what’s being assumed and what we know about 5-alpha reductase and DHT.

5a reductase is present in small amounts in muscle and converts testosterone to dihydrotestosterone (DHT).

What’s important to note is that the exact role of 5-alpha reductase in mediating testosterone's effects on muscle and sexual function remains unclear. That’s why there’s a phase 3 clinical trial to study the relationship in more detail. This means that scientists can't be positive that 5-alpha reductase is even working as a DHT blocker right now.

Until we know how 5a reductase influences DHT, and until we can accurately source the chart from Paul Stamets book, we need to be really careful about saying things like “lion’s mane is high in DHT blockers” – because we simply don’t have the scientific evidence to support that claim.

Now, let’s continue our correlative conjecture for the other side of the argument - that lion’s mane may actually improve testosterone levels. Spoiler alert: We need more research here, too!

There is a very loose scientific correlation that may suggest that lion’s mane can improve testosterone levels due to secondary and unstudied benefits to the area of the brain which is responsible for producing testosterone in the body.

The hypothalamus is located in the forebrain below the thalamus. This area of the brain harmonizes the autonomic nervous system pituitary, controlling body temperature, thirst, hunger, and other homeostatic systems.

Remember: the hypothalamus is a key contributor for maintaining testosterone levels in the body.

Both of these studies have their limitations.

Nevertheless, some sources online are using these studies to say that lion’s mane may actually support the area of the brain that manages testosterone levels.

But the reality is, there simply is no tangible evidence to show whether lion’s mane has any effect at all (positive or negative) on testosterone levels.

Until more research is completed, we aren’t able to provide you with a clear answer.

For example, the jelly mushroom has shown to reduce testosterone production levels. But remember, this was a small study on mice, not on humans.

And, of course, there's the reishi study we mentioned earlier:

One study on the anti-androgenic activities of Ganoderma lucidum (or reishi mushroom) showcased that DHT blockers may be beneficial in reducing the testosterone-induced growth of prostate cancer. This study was done on rat cells, not humans.

Which is to say, DHT blockers aren’t always a bad thing. It really depends on your unique health situation.

This is why you should always involve your doctor in decisions related to your hormone levels and the regulation of hormones through natural remedies.

Does lion's mane lower my libido?

One of the biggest concerns with lowered DHT levels is lowered libido.

According to Healthline, only about 1% of people taking DHT blocker drugs report a loss of libido. Of course, these are for drugs, and not mushrooms. But it does seem like the correlation between DHT-blocking drugs and libido is limited.

And, according to WebMD, some men experience lowered libido even with normal testosterone levels.

This is all to say: until more research is done, testosterone levels aren't a great indicator of libido.

The first step is to loop in your doctor about your hormone and libido levels. If you're really concerned, you can order tests.

Reddit is a great forum. We love using it. But unfortunately, it can lead to viral misconceptions in inaccuracies which just get compounded and compounded through anecdotal ‘evidence’ and upvoting.

There are other functional mushrooms with promising initial research that show an increase in testosterone levels, like cordyceps.

In the chart we referenced above, cordyceps sinensis is highest on the 5-alpha-reductase assay %. This means cordyceps may be least likely to reduce your testosterone levels based on the VERY limited knowledge we have today.

A study which was completed in 2017 aimed to examine cordyceps effects on testosterone production. But once again, this study was done on mice, not humans.

Steroidogenesis is the process through which our bodies produce hormones for our reproductive tissues - like testosterone.

The study showed that the bioactive compounds of cordyceps can stimulate PKA and PKC/PLC pathways - which regulate steroidogenesis.

In mice, the effects of cordycepin and adenosine included:

One of the study’s highlights how cordyceps and cordycepin may enhance male reproduction in mice.

More research needs to be done to understand the effects of cordyceps - and ALL functional mushrooms - on human testosterone and libido levels.

If you want to keep learning about this topic, check out this cheeky summary video which cuts through some of the noise and misconceptions around lion’s mane and libido and showcased similar findings to our team:

As always, our team of real humans is here to help you find reputable resources to answer your most pressing mushroom questions.

Feel free to contact us any time to dig into the mushroom myths you’re most interested in learning about. 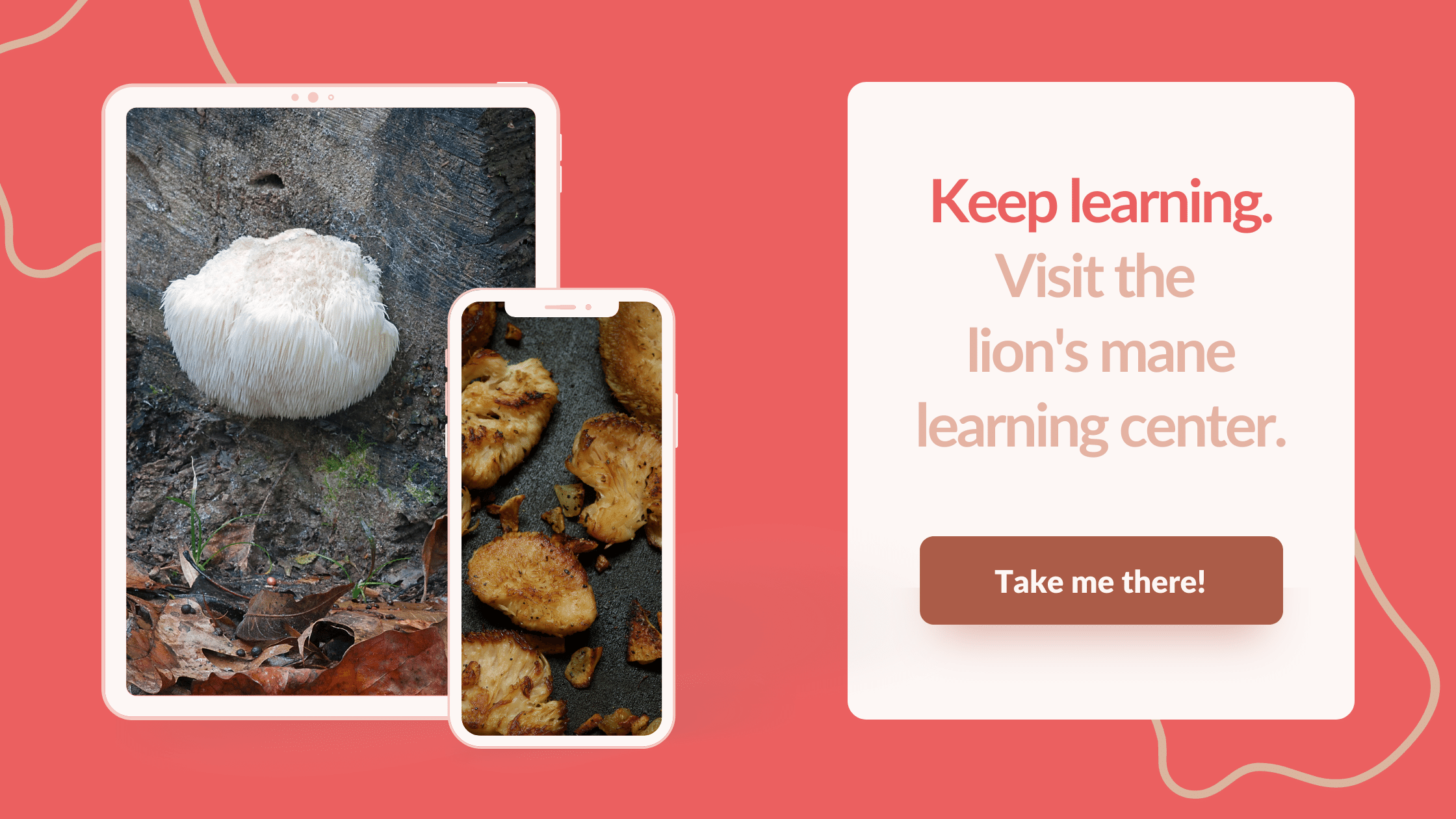 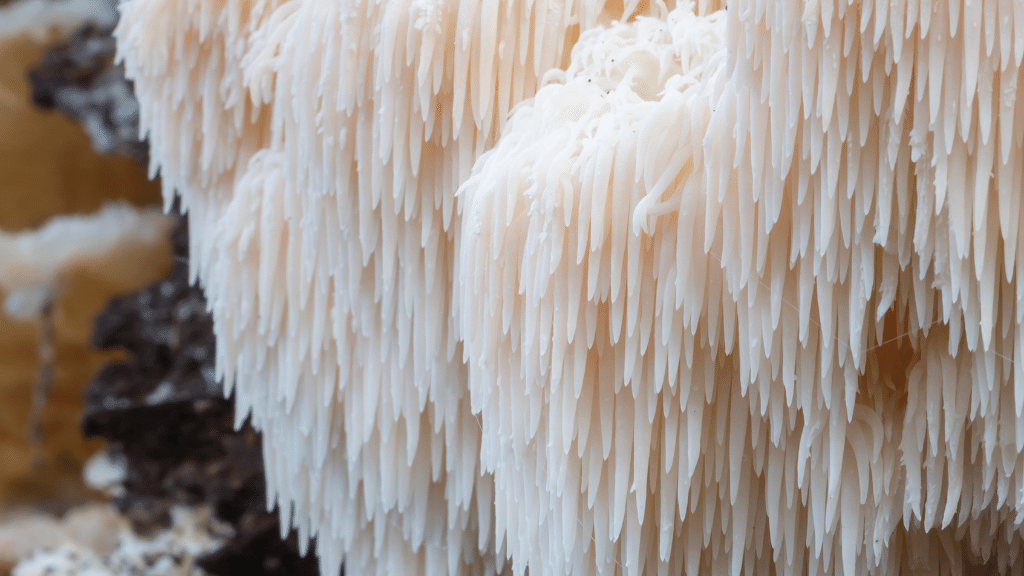 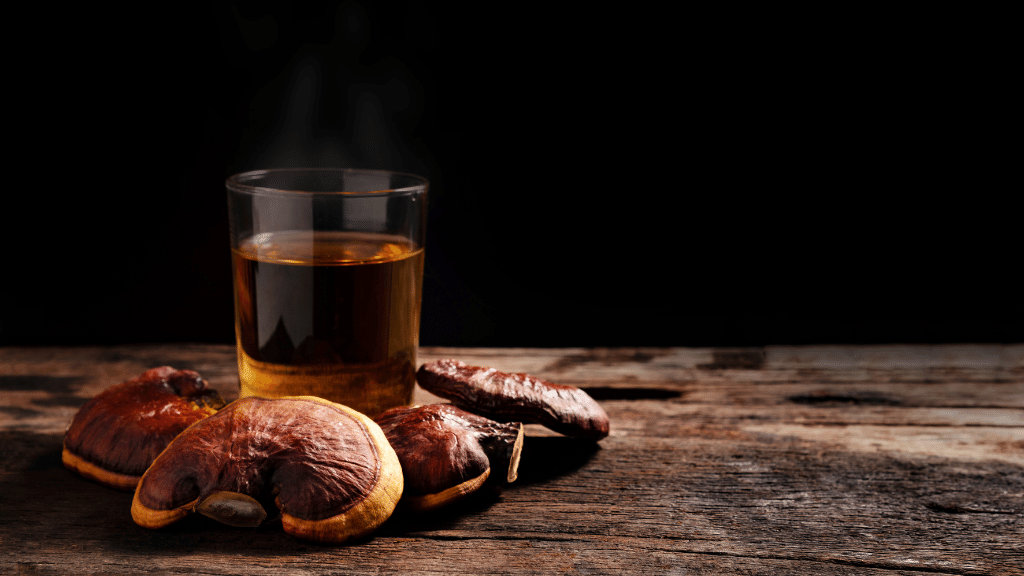 How to Make Reishi Tea at Home | The Complete Beginner's Guide