What is Cordyceps Coffee (And How to Make it at Home)

Can you believe that the liquid magic potion that runs the majority of the world’s population can be improved?

Coffee has been devoured for several centuries but adding a bit of cordyceps does great for your body.

With medicinal mushrooms growing in popularity due to their health benefits, this combination is the perfect way to start your morning with a bang.

If you're thinking about adding cordyceps to your coffee routine, you're not alone. The cordyceps coffee industry has absolutely skyrocketed in the past two years.

In this article we'll take a look at what cordyceps coffee is, why people take it, and what the potential benefits are.

So grab a mug of your favorite brew and let's dive in:

What is cordyceps coffee?

Cordyceps coffee is a newer concept in the United States but has been around for quite some time. It was developed to improve the functionality and quality of coffee.

To be clear, there are two kinds of cordyceps coffee:

But you may be wondering, why do people drink cordyceps coffee? 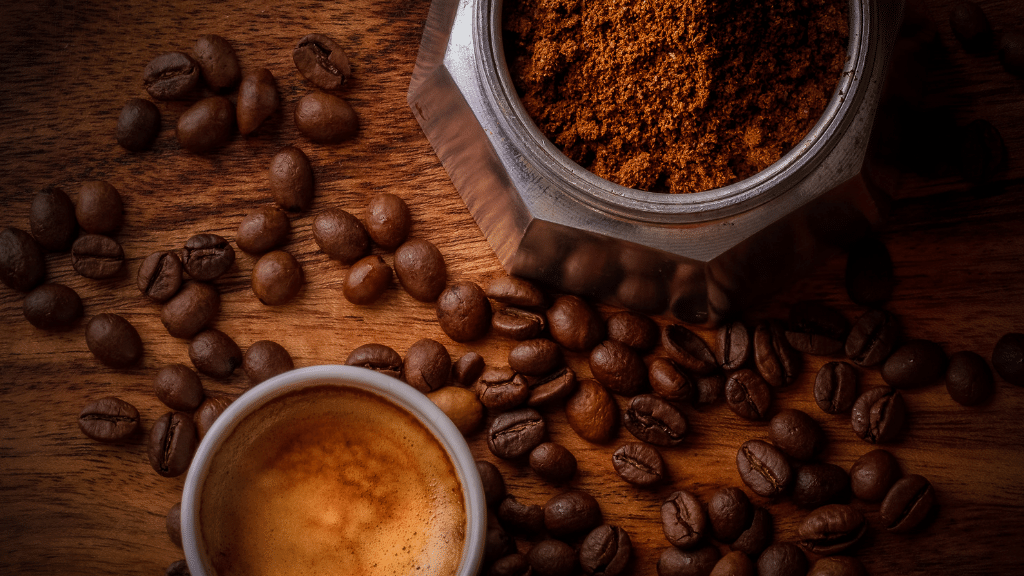 The benefits of adding cordyceps to coffee

Thanks to medicinal mushrooms and cordyceps rising in popularity, their benefits are being studied more widely.

It’s a well-known fact that cordyceps have several health benefits, especially adding it to coffee including:

Several studies support these benefits, although the research is ongoing, particularly on humans.

Let's dive into some of the specific benefits of taking cordyceps with coffee in the morning:

In an animal study on mice, it was found that cordyceps induced fatigue recovery, a great benefit of consuming these mushrooms. It’s like getting that post-coffee energy boost without the coffee, and without the crash.

Several Chinese runners in the 1993 Beijing Olympics credited their gold medal success to cordyceps mushrooms–and began a worldwide boom in the fungi. Although it was later found out they were doping, several studies have found that these mushrooms may improve stamina and tolerance to high intensity exercise.

Because cordyceps have antioxidants, they have potential anti-aging benefits. Animal studies have shown that this is a possible benefit of cordyceps, but more research has to be conducted through human trials.

How to make cordyceps coffee

Now that we've covered some of the benefits, let's talk about the different types of cordyceps coffee in more detail.

Like we mentioned above, if you have cordyceps mushroom powder, or cordyceps extract powder, you can simply add hot water to it and call it 'cordyceps coffee'. But what you're really making here is cordyceps tea that's been rebranded as coffee.

Not everyone will enjoy the earthy and somewhat bitter taste of cordyceps powder steeped by itself. This is why many choose to add coffee to the mixture.

Adding coffee to cordyceps power can mask the earthy, bitter taste of the cordyceps while still giving you many of the same benefits. 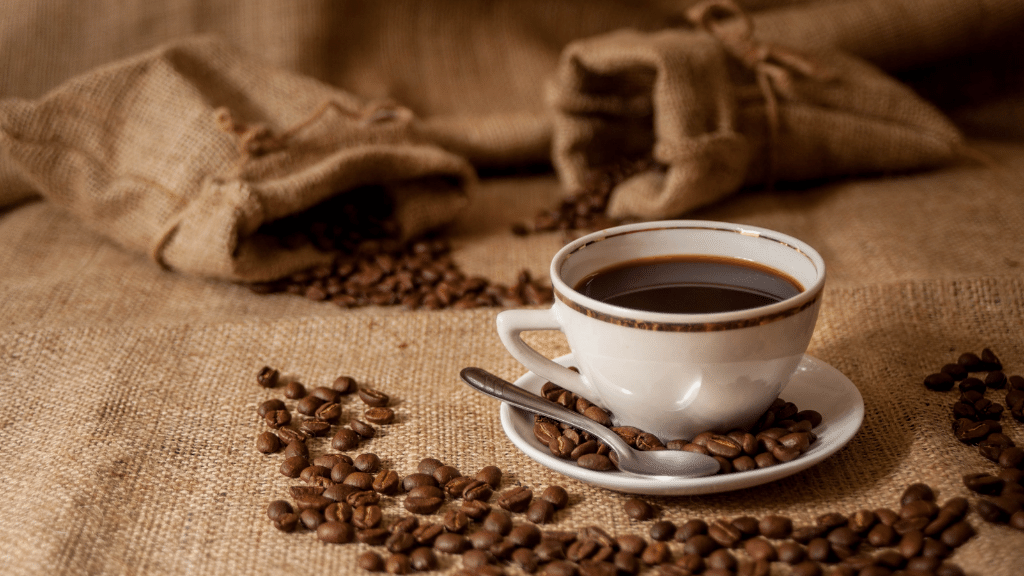 If you want to brew your cordyceps coffee at home, then all you need is your favorite coffee, powdered cordyceps, and a mug.

Steeping the powdered, extracted, or raw cordyceps in hot water releases beneficial compounds and breaks down the outer layer of chitin, which must happen before consumption in order to get the full benefits.

Another way to add cordyceps to your morning brew is to add tincture instead of powdered extract. Cordyceps tinctures are usually combined with alcohol so try a few taste sips before you add multiple droppers.

The typical dosage for cordyceps tinctures is one full dropper (about 1 tsp).

Simply add to your coffee, mix, and enjoy!

Most cordyceps tinctures are already extracted and therefore, steeping is not as necessary as with powder.

We put together a list of the top tincture brands here. 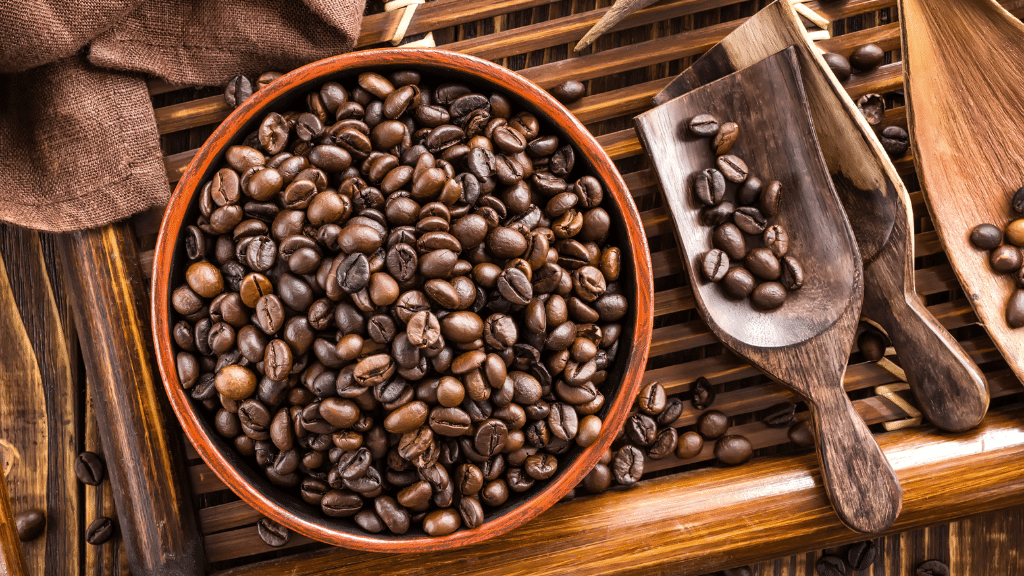 Of the three, cordyceps coffee didn’t taste much different, and it still smelled like coffee. It also contained cordycepin and b-glucan.

Extracts in the form of a powder were mixed with water and the coffee beans immersed for three days to absorb the nutrients.

This powdered cordyceps coffee is sometimes sold with other mushrooms such as chaga and reishi to add even more nutrients to your morning brew. The added benefits of cordyceps and chaga support your body to avoid the annoying side effects such as the jitters and dreaded crash.

Since many commercial cordyceps coffees are a blend of mushroom extract and instant coffee, it tastes primarily like coffee.

In some cases, there is a little less caffeine in cordyceps coffee compared to a normal cup, making it okay for you to reach for that second cup.As with any supplement brand it's important to research the type of mushroom used, the ratio of fruiting body to mycelium, sourcing details, and the Certificate of Analysis (COA). Not all coffee supplement brands are created equal.

We put together a comprehensive list of the best mushroom coffee brands here.

What to look for in a cordyceps coffee product

When purchasing a cordyceps coffee product, it’s important to read the label in its entirety. Because supplements are not regulated like pharmaceutical drugs, it’s much easier to accidentally purchase a product that isn’t the best quality.

The shroom boom is introducing a ton of new cordyceps coffee products. Be sure to look for something with a great reputation, a published and recent COA, transparancy about their product, and mostly or all fruiting body.

With so many products out there that aren’t the highest caliber, knowing which are the best brands is key.

Not all mushroom products are the same, but we’ve put together a comprehensive list of the best of the best such as Ryze Mushroom Coffee, an organic brand that customers rave about.

Their customer care team responded to us personally, confirming that they use 100% fruiting bodies–which we’ll cover in a minute.

A Certificate of Analysis, or COA, gives the exact details about a product’s quality and compliance to specifications. The certificate contains the analytical result that supports the active ingredients that are on the product’s label.

Bonus points of some of those COA elements appear directly on the product's label.

Basically, it’s there to attest that it’s a legitimate product with quality ingredients. Some companies will have their COA’s on their website, but not all.

Most companies conduct their own internal testing but not all of them test for beta-glucans and terpenoids.

This is an example of a label that includes beta-glucan percentage as well as the mushroom blend.

3. Transparency in the growing & harvesting process

It’s also important to know the brand’s growing and harvesting process, because not all mushrooms are equal.

Transparency is important, and any ethical company will have their practices on their website.

Now, we won't spend too long talking about fungi anatomy. But here's what you need to know. Many commercial products combine the fruiting body (the visible part of the mushroom, what you're used to seeing) with the mycelium (the root-like system). We won't go too deep into the pros and cons, but you're likely to get the most functional benefit from the fruiting body, as that's where most of the research has been focused. 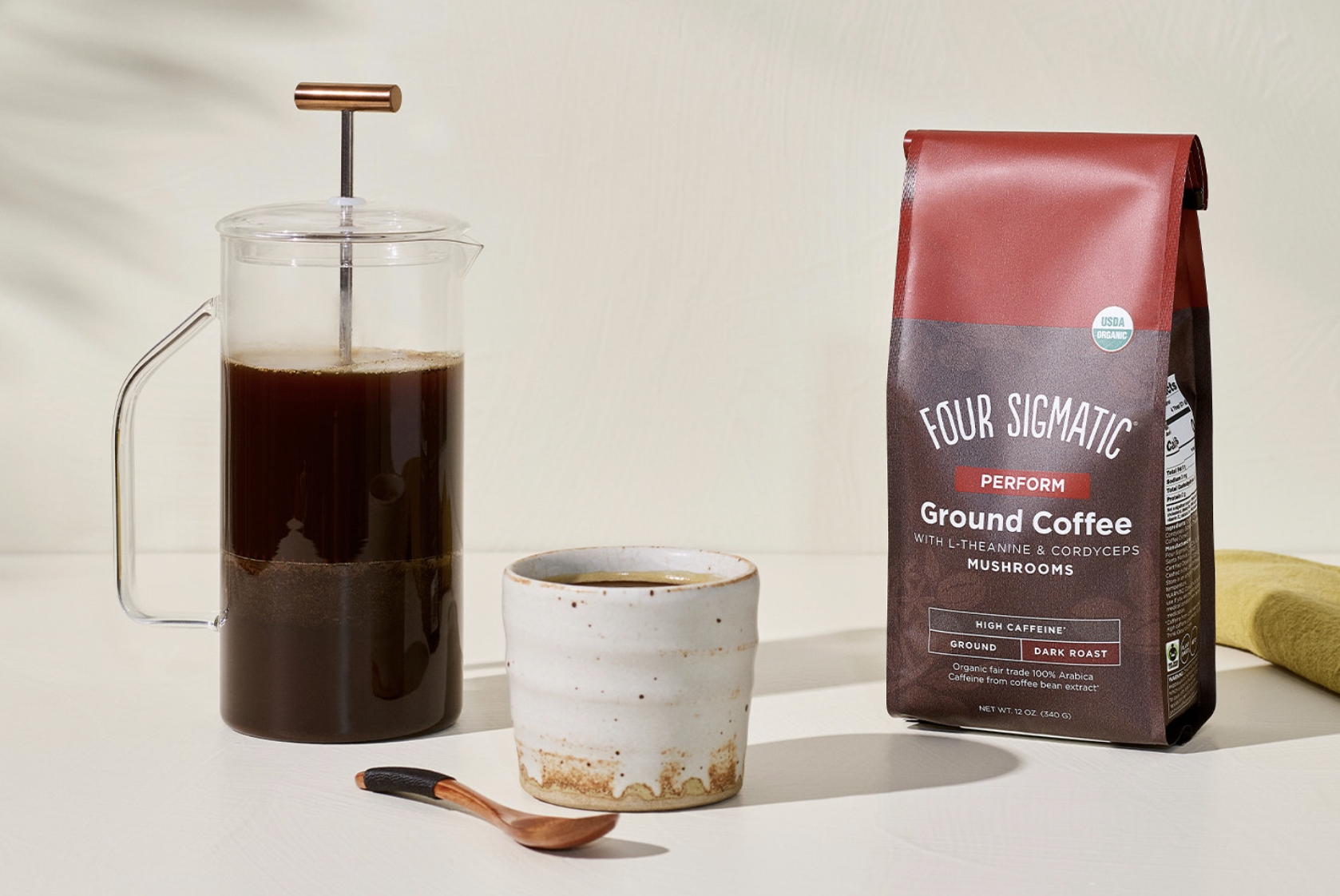 Mycelium-based products have been studied much less, so we do recommend products with mostly fruiting body over mycelium. You may see companies labeling themselves as "full spectrum". This means they use mycelium as well.

If you can find a great product that uses 100% fruiting body -- that's probably going to be your best bet for the most benefit.

That's why we love Four Sigmatic which promises to only use 100% fruiting body in their mushroom coffee products.

5. The type of cordyceps

There are several types of cordyceps, but the most widely known are cordyceps sinensis and cordyceps militaris.

Caterpillar cordyceps found in the wild are extremely expensive because they are so rare, so any product that claims to contain wild cordyceps either doesn’t actually contain it or it’s a microscopic fraction.

Today, they are cultivated in a controlled environment and carefully monitored. Cordyceps militaris is much more common because they are easier to grow.

How to make your own functional coffee at home

If you want to brew your own functional mushroom coffee at home, you’re in luck! It’s quite easy and only involves a few simple steps. All you need is a few items that you probably already have: your favorite coffee, a top quality mushroom blend, tincture or extract, and a mug.

Does cordyceps coffee have a taste?

Well yes…and no. It really depends on the brand and how you prepare it. Making your own cordyceps coffee gives you greater control over the taste since you can adjust accordingly with your own extract.

Most cordyceps coffee has a subtle, more nutty flavor that isn’t distracting from the coffee flavor. Cordyceps powder and tincture may have a strong earthy taste.

And depending on your tincture, it may have a very small amount of alcohol as well!

Cordyceps coffee has risen in popularity thanks to its many nutritional benefits. Finding the right recipe or mushroom blend may take some time, but once you finish experimenting you can just at least one cup of nutritional joe a day.

For a list of our most trusted cordyceps coffee brands, check out this article. 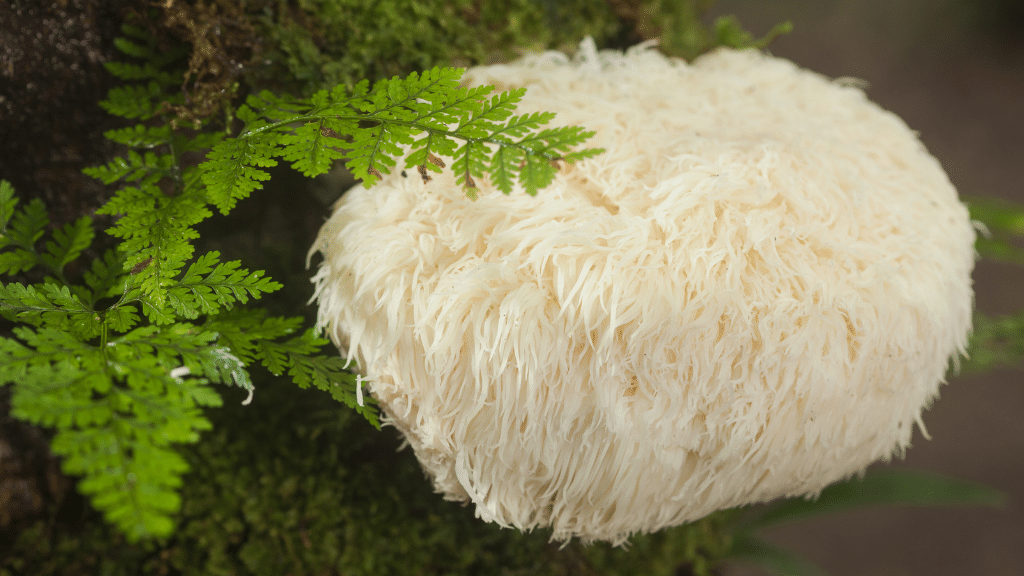 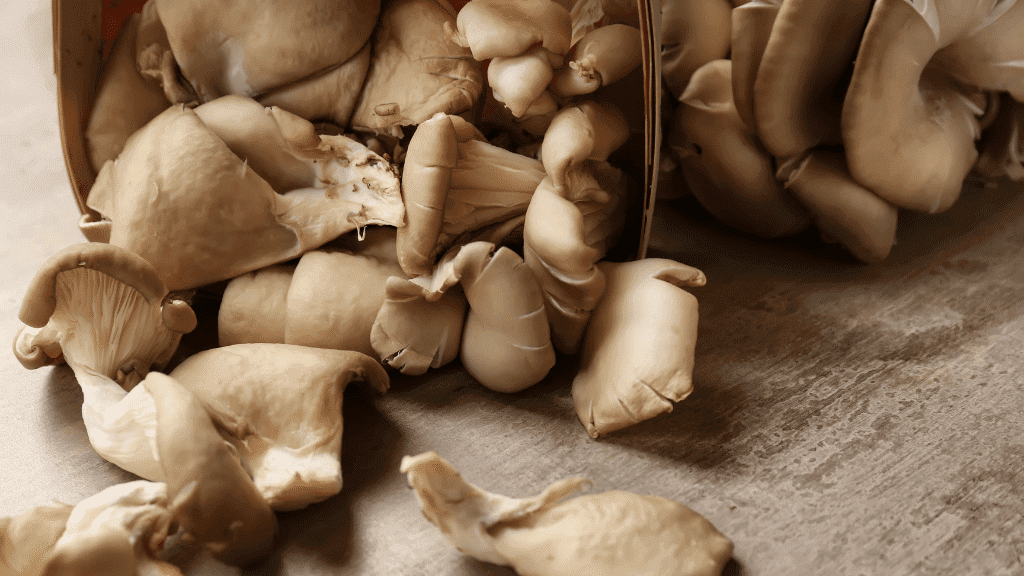