This article originally appeared on Marijuana Moment and has been adapted for our audience.

A Republican Missouri lawmaker filed a bill on Wednesday that would provide therapeutic access to psilocybin for people with serious mental health conditions.

Rep. Tony Lovasco (R) introduced the legislation, which has been revised from an earlier version he worked to advance last year. It’s one of the latest examples of how legislators across the U.S. are approaching psychedelics reform for the 2023 session.

Under the new proposal, patients could obtain psilocybin for the treatment of post-traumatic stress disorder (PTSD), severe depression, terminal illness or any other condition where traditional therapies haven’t worked if approved by regulators.

The bill, HB 869, doesn’t seek to amend state drug statute by legalizing psilocybin; rather, it provides affirmative defenses against criminal prosecution for patients who possess up to four grams of the psychedelic, as well as doctors, caregivers and professionals who provide psilocybin services.

The state Department of Health and Senior Services (DHSS) would hold regulatory responsibility. Any person could petition the department to add a qualifying condition for psilocybin, and regulators must approve the petition if the person establishes that there’s evidence that the natural medicine “benefits persons with the proposed condition in a manner equal to or greater than the benefit” of psilocybin for other conditions that are already approved.

The bill is “a first step to addressing pervasive mental health crises that affect every sector of our society and economy by creating access to clinically validated therapies,” Lovasco said in a press release. “I am especially encouraged at clinical research suggesting psilocybin may be a tool to address our opiate addiction crisis.”

The lawmaker’s earlier version—which received a hearing in the House Health and Mental Health Policy Committee last March but did not advance—included other psychedelics like mescaline or ibogaine. But Lovasco told Marijuana Moment earlier this month that it’s been winnowed down to psilocybin because “that’s what we have the most data and research on.”

The bill has also been revised to include “trigger language,” where the pool of patients eligible for the psychedelic treatment would be expanded if psilocybin is placed in a less restrictive category under the federal Controlled Substances Act (CSA) or removed entirely.

Should that happen, a person could become an eligible patient in Missouri if they’re 21 or older and have documentation showing that they do not have a condition where there’s “any specific contraindications for the use of natural medicine.”

“I am all for giving veterans the best fighting chance to integrate back into society and become productive members—and I think that this is probably one of the most promising areas that we have,” Rep. Aaron McMullen (R), a military veteran himself who is cosponsoring the psilocybin bill, told Marijuana Moment on Tuesday.

McMullen said that the reason he feels this issue has generated bipartisan interest is that mental illness “touches everybody’s life,” and “we’re getting to the point now where we can reach across the social stigma that these alternative therapies have and take a more pragmatic approach.”

“Creating legal access to psilocybin-assisted psychotherapy would be a first step to breaking that cycle,” he said.

While Lovasco’s earlier psychedelics bill was not enacted last session, Missouri lawmakers on both sides of the aisle have made clear that they’re interested in at least discussing the possibility of providing a pathway for patient access.

In September, for example, the House Interim Committee on Veterans Mental Health and Suicide held a hearing where they received testimony about the therapeutic potential of psychedelics for military veterans with severe mental health conditions.

Separately, Missouri Rep. Michael Davis (R) has twice filed bills to give residents with serious illnesses legal access to a range of psychedelic drugs like psilocybin, ibogaine and LSD by expanding the state’s Right to Try law.

So far this session, bipartisan lawmakers in more than a dozen states are working on psychedelics reform legislation, reflecting the growing interest in ending criminalization over natural plants and fungi as well as the therapeutic potential of certain entheogens.

For example, a Republican New Hampshire lawmaker recently filed a bill to legalize the possession and use of psychedelics like psilocybin and LSD by adults 21 and older.

Oregon voters approved a historic ballot initiative to legalize psilocybin for therapeutic use in 2020, and Colorado voters passed a broad psychedelics legalization and psilocybin services measure during the November election.

An analysis published in an American Medical Association journal last month concluded that a majority of states will legalize psychedelics by 2037, based on statistical modeling of policy trends.

Psilocybin Therapy: What It Is and Where It’s Currently Available 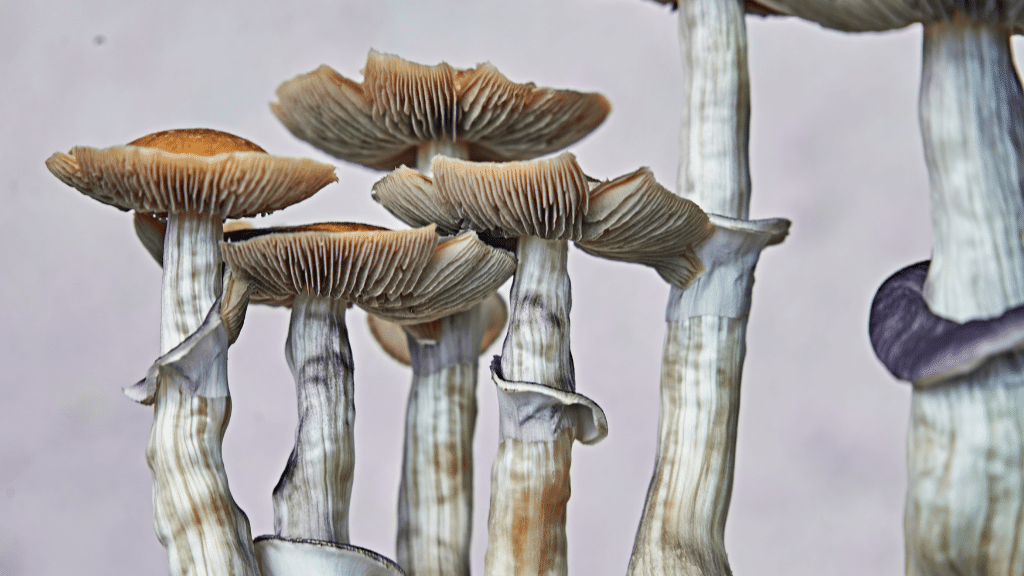