Are Medicinal Mushrooms From China Safe? The Unbiased Truth.

Usually, consumers are concerned that mushroom products from China are dirty or that they are grown in polluted environments that contain heavy metals.

And unfortunately, many prominent brands in the US-based mushroom industry are spreading this information as part of a targeted marketing strategy.

In this article, we hope to dispel some of the misinformation and misconceptions about purchasing mushroom products from China, and how to know whether the product you’re looking to purchase is safe to consume.

The history of mushrooms in China

It’s no secret that mushrooms have been used in Traditional Chinese Medicine for thousands of years. In fact, the first reference to reishi (Ganoderma lucidum) appeared in Chinese text just over 2,000 years ago. But that’s not all. Images of reishi can be found in women’s jewelry, art, carvings, and furniture in that same timeframe.

But imagery and references aren’t the only way mushrooms were used in ancient Chinese history.

The first book wholly devoted to the description of herbs and their medicinal value was Shen Nong Ben Cao Jing, written in the Eastern Han dynasty of China (25-220 AD). This book is also known as “Classic of the Materia Medica” or “Shen-nong’s Herbal Classics.” It describes botanical, zoological, and mineral substances, and was composed in the second century under the pseudonym of Shen-nong (“the holy farmer”; Zhu, 1998).

There is archeological evidence which states that mushrooms may have been used for more than 6,000 years.

Today there are 1,789 species of edible mushrooms from China with 798 of them reported to be medicinal in value.

798 species of medicinal mushrooms from China alone. But the applications of mushrooms in China aren’t just ancient. They represent an enormous portion of China’s annual crop yield. China is responsible for the cultivation and production of more than 75% of the world’s total output. That’s right: 75% of the mushrooms in the world already come from China.

Cultivated mushrooms have become one of the most important crops in Chinese agriculture, and China is the largest edible mushroom producer in the world, reaching an estimated annual yield of 38.42 million tonnes… providing over 25 million jobs and generating an estimated income of ¥268.3 billion for growers in 2017. The export of edible mushrooms also amounted to US $3.84 billion in 2017. SOURCE

In 2015, there were seven varieties of mushrooms from China that exceeded one million tons of production. These were:

But volume isn’t the only trend that China is adapting for. One of the most important paragraphs in their report includes an emphasis on food quality and safety:

With the continuous growth of income of urban and rural residents in China, the improvement of purchasing power, and the transformation of comprehensive health awareness and consumption concept, consumers' demand for food is no longer the primary condition of food and clothing, and more attention is paid to food safety, nutrition and health care functions. Based on the public's pursuit of healthy life, the status of edible mushroom products in consumers' dietary structure is increasing.

The same report shows the US being one of the fastest growing markets for edible and medicinal mushrooms. And so quality will become increasingly important to the growth of this crucial market.

Common misconceptions about mushrooms in China

Most people who are worried about consuming mushrooms from China are concerned about the harmful presence of heavy metals. Unfortunately, there is a lot of misinformation out there when it comes to the quality of product from China.

Mushrooms have an innate ability to absorb whatever they grow in. So the quality of their growing environment is critical to the quality of the product. And the FDA does not require third-party testing for supplement brands. That means some companies could be lying to you about what’s truly included in their products – or how they’re grown.

With that said, many Americans believe that mushrooms from China are growing in polluted and unclean environments.

This is not unique to the mushroom industry. In fact 7% of people in a survey said the very first thing they think about when talking about China is pollution (4%) or bad quality products (3%). An additional 4% thought generally with bad adjectives. This is the first thing that people thought of.

There are undercurrents of general mistrust and wariness around Chinese products and it appears this sentiment is growing over time.

But it’s not just individuals who have misgivings about the quality of mushrooms from China. Here is a response we received from MudWtr, one of the largest mushroom product consumer brands in the United States:

The mushrooms in :rise are not extracts but are rather unextracted, whole food mushroom powders that contain all the compounds produced by each mushroom species over the course of their entire life cycle. This contrasts with extracted mushroom products that contain concentrated amounts of isolated active ingredients (i.e. beta-glucans) that are concentrated using an industrial extraction process (hot water and/or alcohol). Typically, mushroom extracts are a product of China and may bioaccumulate undesirable compounds from growing in a polluted environment with contaminated air, water, or substrate materials. These compounds may also be concentrated in the industrial extraction process.

This rhetoric from a large and otherwise trustworthy company contributes to the potentially harmful idea that all mushrooms from China are harmful.

At the time of this article, MudWtr would not release their third-party lab testing to us.

It’s true that there are likely some producers of mushrooms in China who are not following USDA organic growing standards. In the same way that some US-based farms aren’t. It’s more important to have access to quality and lab testing.

Other considerations when buying mushroom products from China

In addition to the COA, you’ll want to be cognizant any time you’re purchasing mushrooms as raw produce or powder. Because of shipping and import delays, some of these mushrooms may have been stored in large shipping containers for quite some time.

Looking for more? Check out this awesome podcast by Mushroom Revival here:

How do I know if mushrooms from China are safe?

The only way to know for sure is to review the product’s third-party lab tests, sometimes referred to as a Certificate of Analysis (COA) which tests for heavy metals and other harmful substances, like pesticides.

The timing and the sourcing of this COA is important. That’s why many trusted brands evaluate the COA from their Chinese suppliers, and then run an additional test using a third-party US lab to be sure of the product’s safety for consumers.

Many prominent mushroom farms are not near large or polluting cities because they require an enormous amount of land in order to mass-produce. And many of these farms are meeting USDA and European Union standards for organic growing practices. Like Biosan, whose farm is pictured in the previous two images.

The USDA and EU have rigorous testing standards for both domestic and international products. In order to meet these standards, Chinese growers must prove:

Many mushroom farms in China work hard to meet these standards. And while the icon shouldn’t replace the need for third-party lab testing, you can rest assured that the farm has been utilizing safe growing practices.

In summary, it’s not fair to state that all mushrooms from China are of worse quality than US-based mushrooms. You should always check the company’s COA and organic growing and sourcing practices. If they are unable to give it to you, choose a different company to be safe.

Many of the companies that Remeday trusts use a mushroom base sourced from China. In fact, many trusted consumer brands in the mushroom space are proud of this fact and broadly proclaim the origin on their sites and in their marketing. Many of these companies complete additional testing upon shipment arrival.

It’s not enough to say that all mushrooms from China are bad. You need to understand the rich history and growing methods before making any assumptions about the quality of your product. And that goes for domestic products as well. Always do your research before buying. Look for brands with published testing for heavy metals and toxins. 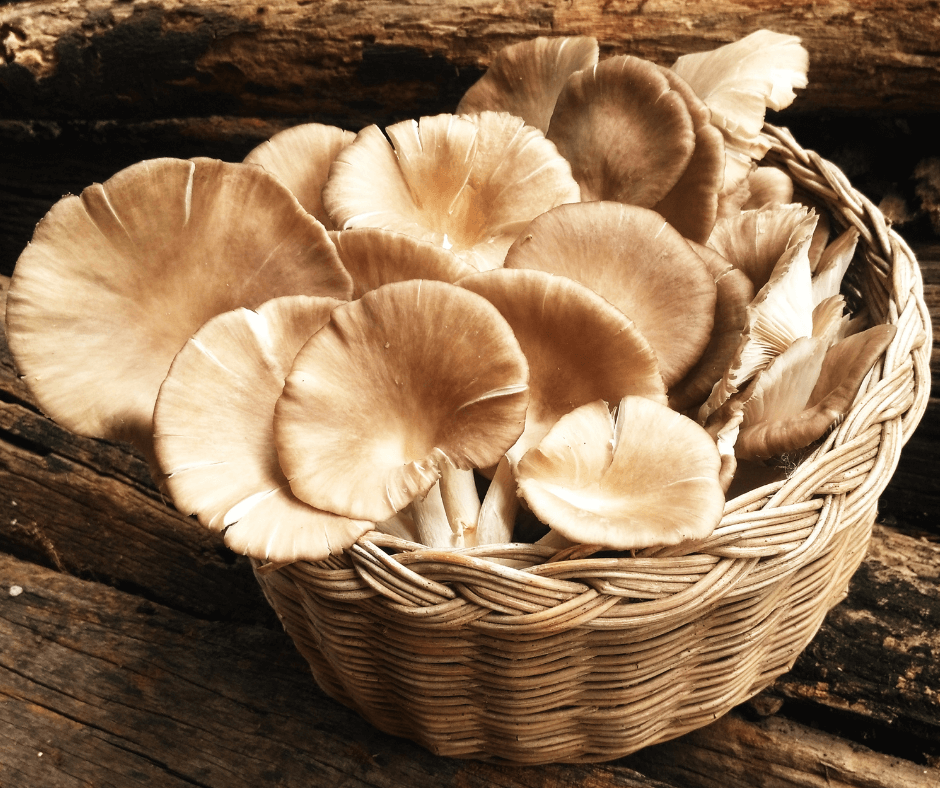 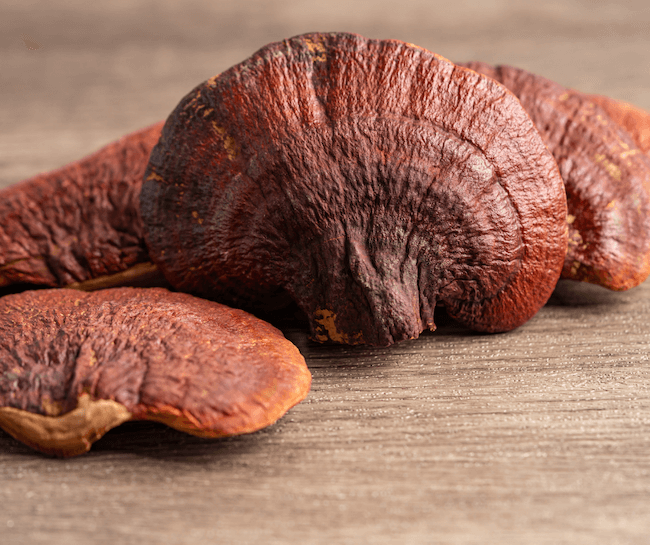 What are the Health Benefits of Reishi Mushrooms?