Can Magic Mushrooms Help You Quit Smoking? The Science of Psilocybin

If you're here, you may be wondering whether there's any merit to the rumors that magic mushrooms can help individuals quit smoking.

We'll talk about the latest science, where clinical trials are happening, and how you can follow along as we learn more about the use of psilocybin for addition.

Despite numerous health warnings about tobacco use, there are still roughly 1.3 billion users worldwide.

WHO also states that tobacco use kills up to half of its users.

For decades and into the 1900’s, people didn’t know or fully understand the risk of regular tobacco use.

But for anyone that has had a dependence on tobacco, you’ll know that it’s extremely difficult to kick the habit, largely due to nicotine and its highly addictive properties. It can feel debilitating for those that attempt to quit. 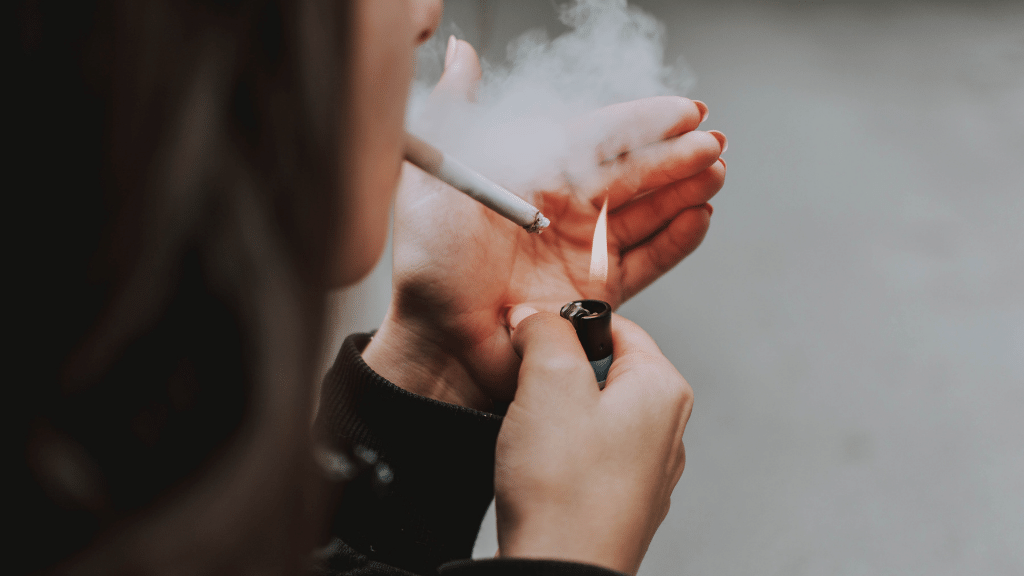 While there are some aids to help, in general, they don’t work for many.

Everything from cold turkey to nicotine patches to one of Dax Shephard's favorites: nicotine toothpicks, have been touted for their use in helping smokers quit. But nothing seems to work.

Let's dive in some more:

Why Smokers Try (And Fail) To Quit

It’s not uncommon for smokers to try and quit and ultimately fall back into their old habits.

A lot of it lies in the current aids that are available to these smokers:

Now, it’s easy to see the issue with these aids. They all have the same “drug” as many tobacco products: nicotine.

There is some debate about nicotine as far as health concerns go, the reality is that it’s an addictive substance, so smokers are really just replacing their smoking habit with something similar, just without tobacco.

This is certainly a good thing, but it’s likely not an end-all, be-all. Replacing one addictive substance for another may be a viable solution to some. But at the end of the day, your body is still addicted to nicotine. It's just getting it from what many consider to be a 'safer' source than smoking.

There are two prescription-only medications that don’t contain nicotine They are:

Prescription medications require that you have access to a doctor - and that you can afford one. Both medications are taken twice a day. It can take a few days to build an effective dose within your body.

Not to mention, there are various side effects, like:

These side effects, and the need to take a daily pill, make medication inaccessible and undesirable to many.

The efficacy rate of smokers quitting

Tobacco has been used for more than a century. And the options to quit smoking - even with modern medicine - are underwhelming and usually unsuccessful.

How unsuccessful are they, really? Johns Hopkins lists efficacy rates of nicotine replacements at less than 30% and prescription drugs like varenicline are around 35%. That leaves an overwhelming majority of those who try to quit smoking back in their habit. Even with medication available.

But a new treatment option is emerging.

Psilocybin is one of the main compounds in psychedelic mushrooms. It's the same compound that has hallucinogenic effects and is what makes magic mushrooms feel - erm - magical.

Are mushrooms used in psilocybin therapy?

This is a common question. The answer is: not typically. Lab-generated psilocybin is usually administered in order to better control the dosage. 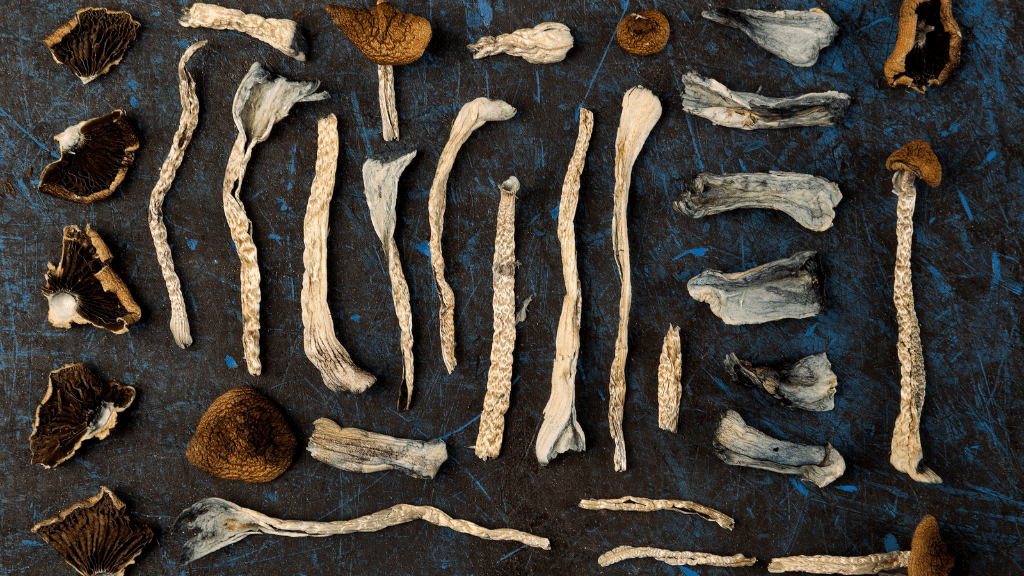 We still don’t fully understand how psilocybin works in the brain and body. But what we have learned from studies is that psilocybin has the potential to increase connections between the neurons in your brain.

In other words, psilocybin helps your brain make NEW connections between neurons.

This study dives a little deeper and states, “After psilocybin administration cortisol levels spike and activate the executive control network, with subsequent increased control over emotional processes, and relief of negative thinking and persistent negative emotions.”

The potential ability to “rewire” the brain (no, don’t take that as a scientific term) is why psilocybin is such an interesting compound. It's potential to open new pathways and neural connections is why it's currently being researched for treating smoking addiction, alcoholism, other drugs, as well as a potential treatment for depression, PTSD, and more.

Now, let's take some of the science off for a moment and think about why a "rewiring" of the brain can be so powerful.

When we're addicted to a substance - or stuck in a depression - our brains follow routine pathways. Our brains love patterns and routines. Which is exactly what addition becomes: a routine that feels impossible to break. This is partly why quitting is so difficult. Our brains are used to traveling certain paths, making routine choices, and staying in our patterns - even if they're toxic.

“When administered after careful preparation and in a therapeutic context, psilocybin can lead to deep reflection about one’s life and spark motivation to change.” - Johns Hopkins

Research suggests that psychedelics, when administered under careful and professional context, may help to break repetitive and addictive patterns. And that the effect may last long after the treatment is administered. But there is still so much we don't know about how psilocybin works. Or what the long-term effects are.

But momentum for building an understanding has grown significantly over the past 10 years as more research is funded and explored.

Now, let's take a look at some of the studies

Studies on Psilocybin and Smoking Cessation

John’s Hopkins conducted a study in 2014 on smokers who were given psilocybin and follow-up therapy sessions.

The abstinence rate for study participants was 80% after six months. Remember that prescription drugs only have around a 35% success rate. 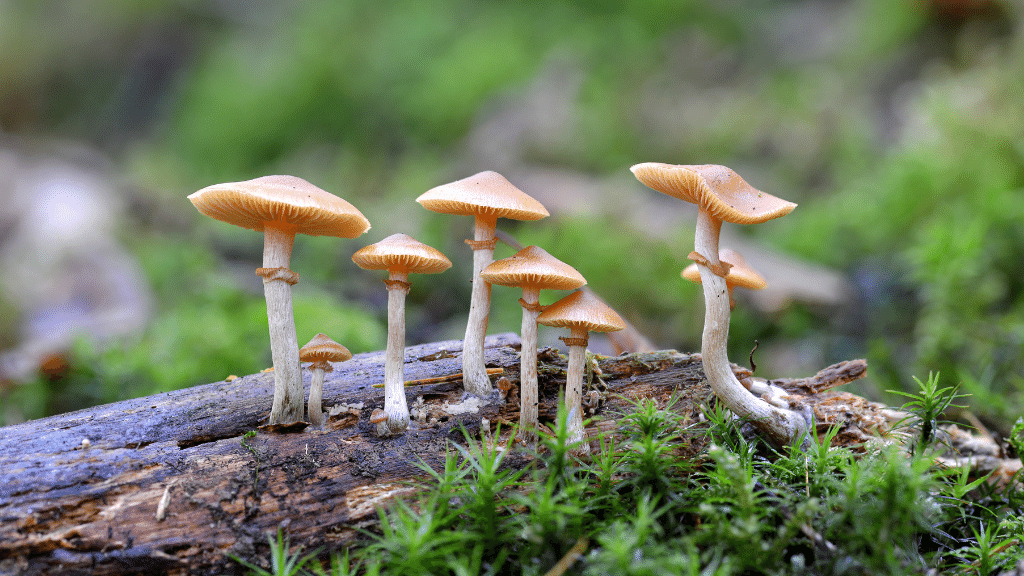 This is nearly double the efficacy of current treatment options to help users quit smoking!

And one of the most remarkable aspects of it is that these users were given just 2-3 doses in combination with cognitive behavioral therapy, which is a common component of psilocybin in treating multiple conditions.

The goal is to help the user/patient discuss their experience with a professional and weigh in on how they were feeling and what the meaning of the session was.

Click here to learn more about what psilocybin therapy is using our complete guide.

Advantages and Disadvantages of Psilocybin for Smoking Cessation

Psilocybin, on the other hand has the potential to be effective with just a couple of doses and treatments.

It’s clear what the advantages of psilocybin therapy can be:

It's important to note that research on psilocybin therapy for quitting smoking is extremely limited. Even the study above only encompassed 15 people. But expanding research makes psilocybin therapy an exciting option to many who feel trapped in their addiction to smoking.

The disadvantages of psilocybin therapy for smoking include the potential risks if individuals try to administer psilocybin on their own.

To be clear, at-home psilocybin use as a treatment option for smoking is NOT recommended! Do not try this at home. Psilocybin therapy is administered in careful and controlled clinical settings with trained professionals.

This is why it’s important for the entire industry to work together to advocate for more research and more access to psilocybin therapy for medical use. With licensed therapists and doctors, there is a lot more control.

These professionals are there to help guide the patient and assure that the session is a positive one. Patients are carefully screened and accompanied throughout the entire process, including multiple cognitive behavioral therapy studies before and after the psilocybin treatment.

Psilocybin may have the following side effects:

With these known side effects, especially the potential for the paranoia and fear caused by a “bad trip”, it’s important for the treatment to be done in a controlled environment by these professionals. Just as psilocybin has the ability to open the mind, a very 'bad trip' can have lingering negative effects.

Read more about psilocybin therapy here. Or, check out our comprehensive state-by-state psilocybin legality database to see if treatment is legal and available near you. 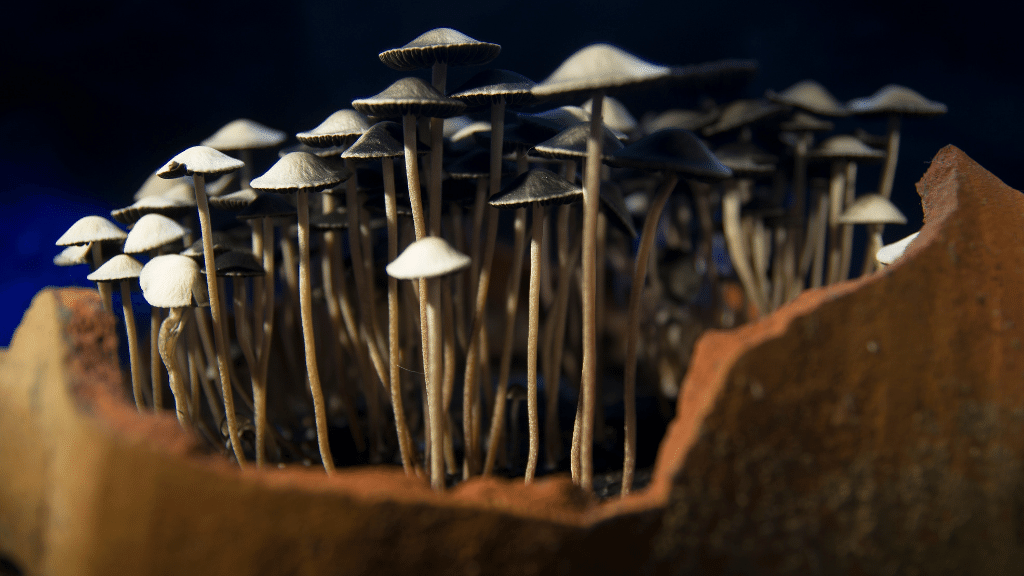 And if you’re like a lot of people, you’re probably asking what is available right now for treatment and how you can get involved in a current study. After all, while the studies that have been done are minor, the initial data is extremely promising.

We’re always here to keep you updated on current and upcoming clinical trials. Make sure to subscribe to get updates straight to your inbox.

Currently, John’s Hopkins is conducting the only clinical trial on the effects of psilocybin on smoking cessation.

This study will aim to provide the framework for future studies and continued research in the field.

In 2021, the National Institute of Drug Abuse approved a grant to further explore the study.

Matthew Johnson, PhD, the principal investigator took to Facebook and stated, “It’s official. I just received a U01 grant from NIDA to study psilocybin for tobacco addiction. To my knowledge it's the 1st grant from the US government in over a half century to directly study therapeutics of a classic psychedelic. Hopefully this starts a new era in legitimacy of psychedelic science. Hopkins will lead a multi-site trial with the other two sites being University of Alabama at Birmingham (site leader Peter Hendricks) and New York University (site leader Michael Bogenschutz). Big thanks to all the colleagues at Hopkins and the other sites, especially Albert Garcia who has been the lead co-investigator and primary session guide on the smoking research for the last decade.”

This is a big shift in the right direction for the growing list of advocates for psilocybin and the use of psychedelics for medical use.

Smoking cessation is just one of the many conditions for which psilocybin is being studied as a potential treatment.

We will continue to update you as progress is made! 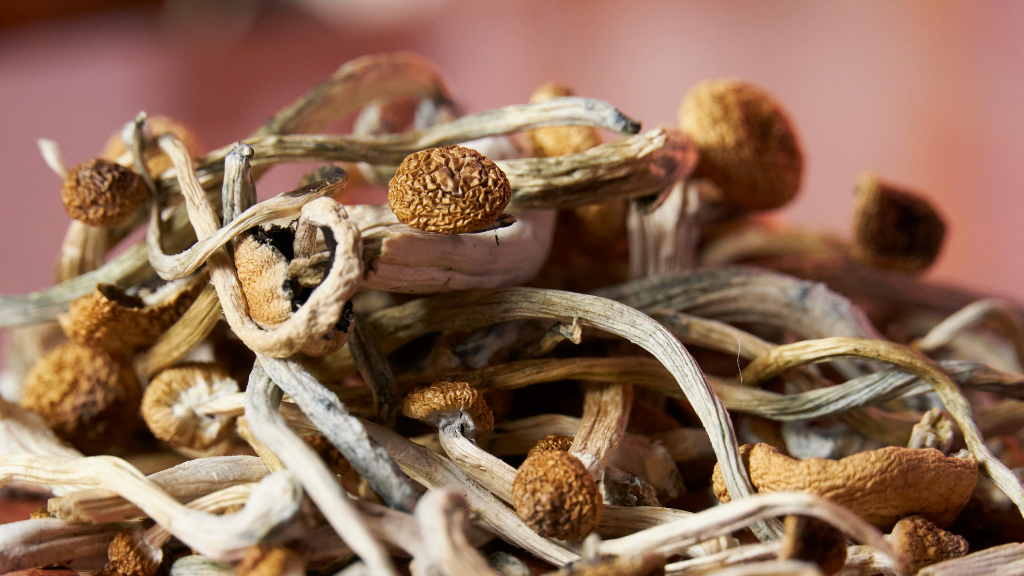 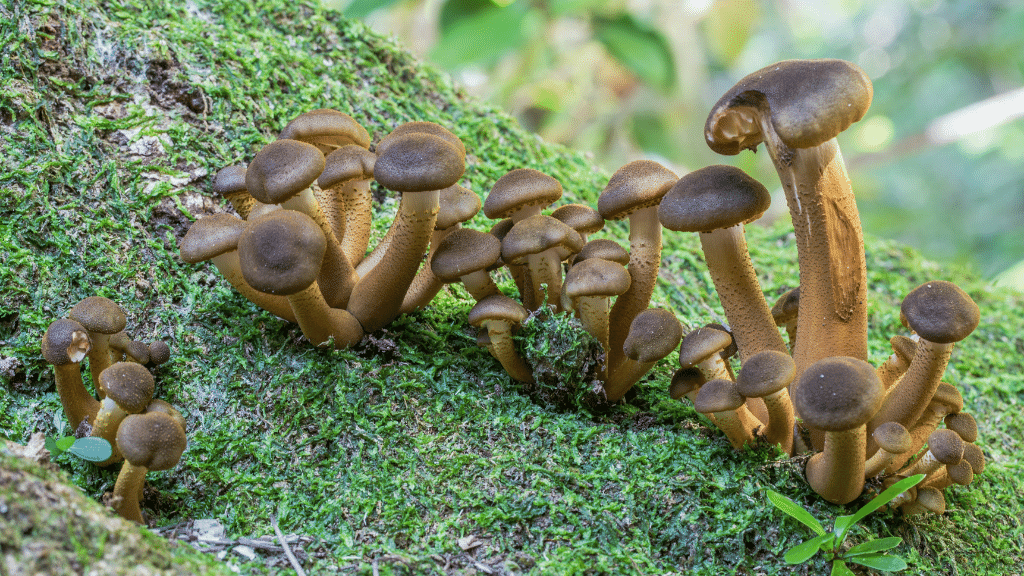 The 15 Best Mushroom Forums and Online Groups to Follow